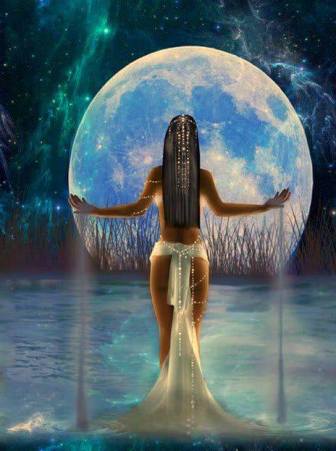 Are you drawn towards goddess Isis?

Isis has been associated with snakes from the very beginning of her life as a goddess. In Egypt, her images often include the snake, especially the cobra. The cobra is often depicted on the base of the crown of Isis. The sacred uraeus, which, when worn by queens, indicates their identification with the divine, is a near- constant companion. In images from the Graeco-Roman era, priestesses are depicted carrying serpents in procession. Serpents entwine around surviving altars, or rise up around the body of Osiris.

Even in ancient Egypt, the symbol of the snake indicates power, sometimes referred to as the “flame”. Many of the representations of snakes in conjunction with Isis are symbols of what we sometimes call “Kundalini” – the serpent line band of energy that connects our power centers together.

On an interesting side note, Queen Cleopatra although Greek was unlike other rulers as she had studied ancient Egyptian and was proud to be a priestess of Isis. She chose to end her end her life using a snake.